Fashionistas and shopaholics have been trooping to Singapore for years, lured by its many shopping malls that offer every brand, and labels that fulfill the (shopaholics’) hearts’ desires. But while I do enjoy shopping, I don’t relish the idea of going to penury just to pay for a huge credit card bill. There are other ways of enjoying Singapore. So instead of heading to the malls, I often go to Singapore’s museums. They are the best in Asia, benefiting not only from the government’s vast resources (this wealthy country is competing with Hong Kong to be Asia’s art center) and the the city’s state fondness for organization and efficiency. That may be boring, but it has nevertheless produced well curated art spaces.

All of Singapore’s museums are accessible through public transport, air-conditioned, and have wheelchair accessible facilities, restrooms and souvenir shops. Best of all, given that Singapore is one of Asia’s most expensive cities. And some days, you can even go to the museums for free!

So when you’re in Singapore, try visiting: 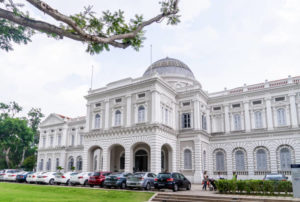 The only museum that showcases the arts and culture of a distinct ethnic group that was shaped and continues to influence Southeast Asia. The Peranakan, which means “locally-born” in the Malay language, usually refers to the descendants of Chinese traders who settled in the straits Settlements of Singapore, Malacca and Penang in the 14th century and married Malay women. The Peranakans also include those who descended from unions between Indian merchants and local women during the 15th century. This intermarriage produced a fusion of cultures, and is reflected in the colorful cuisine, architecture and fashion that form the multicultural mix of Singapore and Malaysia. 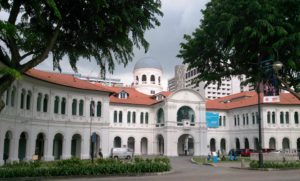 With over 7,000 Southeast Asian pieces of artwork in its permanent collection, SAM stands as the region’s repository of visual art. The collection includes paintings, sculptures, multimedia installations, drawings, prints and photographs – eye candy for those who can’t get enough of modern and contemporary art. 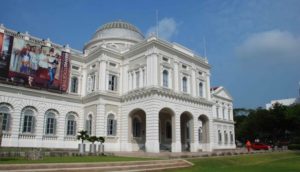 This is custodian of the 11 National Treasures – the most important artefacts in Singapore’s history. It includes the Last Will and Testament of Munshi Abdullah, the Father of Modern Malay literature, the 1930’s era Chinese glove puppet theater stage and a collection of watercolor paintings of local floral and fauna commissioned by William Farquhar, the First Resident of colonial Singapore.Visitors interested in Singapore’s history should also go to the museum’s Four Living Galleries – a showcase of artefacts, replicas, pictures, costumes and even old films that document the history of Singapore fashion, performing arts, photography and cuisine. 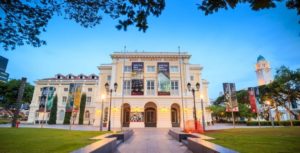 This is a must see for those who want to backpack around Asia. A visit to the ACM is like going through a crash course on Asian studies. It is the only museum that’s dedicated to present artifacts and collections representing different regions of Asia including China and the Middle East. 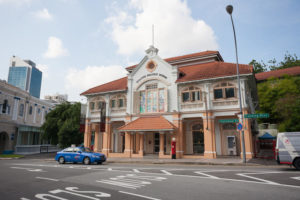 The museum that appeals to the child in us, as who after all didn’t have a stamp collection when they were kids? The museum’s collection includes stamps and archival philatelic material of Singapore from the 1830’s to present day. The museum also encourages philately in Singapore, with its permanent galleries not only dedicated to the global history of stamps, but also organizes workshops and talks on how stamps chronicle Singapore’s history.